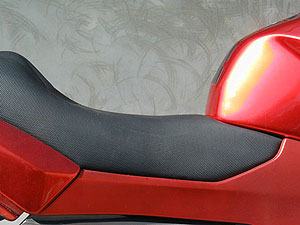 The Aprilia RST1000 Futura came equipped with the best seat in the business, as any owner will tell you.

But it appears there were differences over the production run.

The most obvious difference came with the RS Touring, the cosmetic makeover of the Futura that launched in 2003 – see Futura model history for more details.

These pictures, provided by Befbever, show the profile difference between an early, Flame Red Futura and an RS Touring. The RS Touring has a slightly lower seat height. 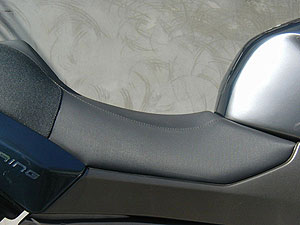 Several owners are on their second or even third Futura and have noticed a difference between Futuras built in 2001 and those built the following year.

This (admittedly anecdotal) evidence suggests that the earliest bikes, built in 2001, had the firmest, most comfortable seats, and later bikes are less comfortable, though not by a great deal.